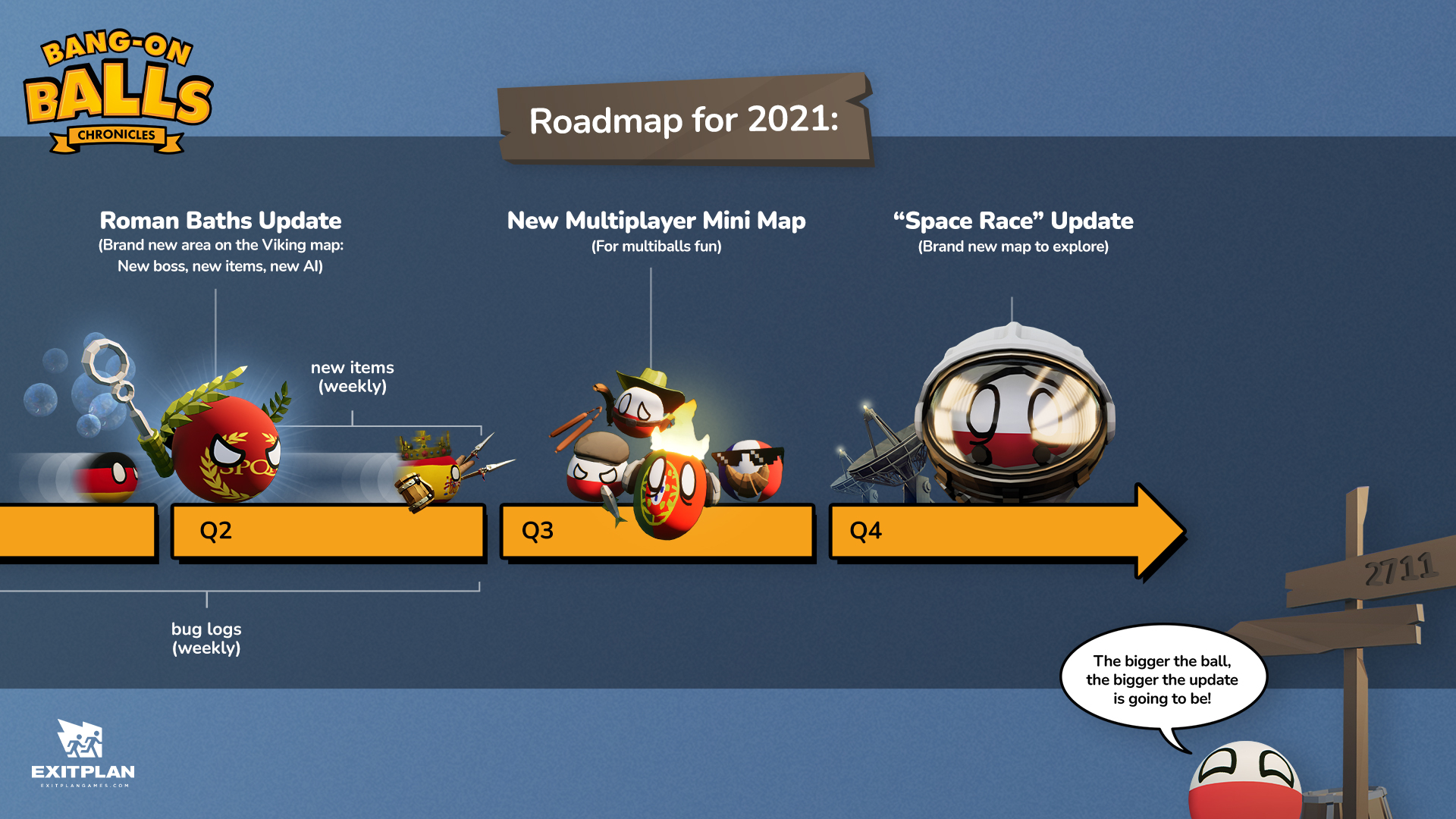 2021 roadmap is rolling to the stage!

The release of Bang-on Balls: Chronicles was only the beginning! Our team is working very hard not only on improving the game, but we’re already very deep in creating new content for our community! Here’s our first roadmap that covers all of the important updates planned for 2021. 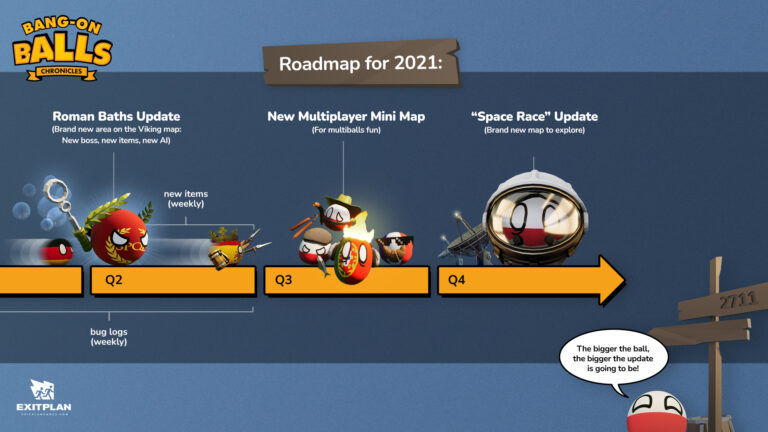 In the upcoming weeks of Q2, we’ll be adding new items weekly for our fans to enjoy. But that’s not all, as a special bigger update that will expand the Viking map will become a cherry on top of the first half of the year! Next stop – new multiplayer map. This update will arrive in Q4 for multi-ball madness. But the main course of this year is the biggest update of them all – the Space Race level will land in Bang-on Balls: Chronicles later in Q4 providing the players with hours and hours of new gameplay possibilities!

Stay tuned for more info on upcoming updates in the future.